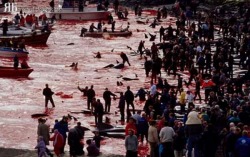 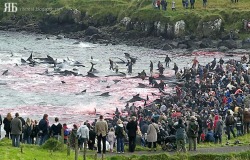 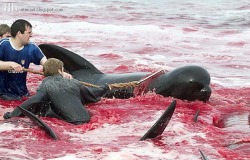 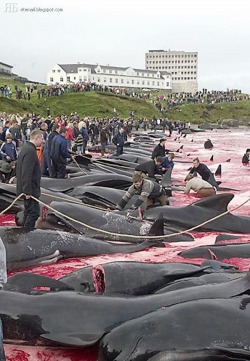 Oil Platform The Deepwater Horizon limited company owned by BP (British Petroleum) exploded April 20. The oil rig was not sealed until 15 July, where it ran out huge quantities of oil into the Gulf of Mexico. The coast is hit hard and huge amounts of oil is collected below and above water. The long-term impact late for the environment is uncertain, but very serious. Both fisheries and tourism in the Gulf of Mexico is largely characterized by the scenario. Which leads to BP's economy and the names hanging by a very thin thread.

The Authority has for the time analyzed thoroughly BP, where they would find out the cause of the catastrophic accident. Which BP's safety has been criticized for a long time. In BP's own investigation report shows that BP has all the blame for the explosion. But there are big question marks to BP's corporate social responsibility (CRS), missing the company's involvement in the cleanup process. Because the company has long displayed himself as one of the generally limited companies within the CSR.

Corporate Social Responsibility (CSR) refers to the companies in their own interest and free will assume responsibility as economic, social and environmental concerns to business.

BP has since a long time exhibited itself as a form of duty charged company, where they must follow all the societal rules. Because of the company can not accept their own negative actions in the expense of others.

Adam Smith's theory of self-interest is that it is moral and neutral. That it is only the direction of self-interest is morally and equitable. And not the act itself, it can actually glide over to the greed and selfishness. Self-interest of the limited company BP went from operations to profitability greedier and greedier operation, it went over, only to increase their own profit.

The Partnership Act and its protection against the shareholders, not the shareholders of BP bankruptcy with what they have invested in the company. Company law protects namely the owners of the firms that go bankrupt and not sell their own properties such as cars, boats, houses etc. to cover its costs. A law which in itself is very positive, but where will be limited! When a company like BP has large sales and operating a very important activity that can harm both humans and the environment, it may be time for major changes in the law. Given all the environmental degradation and disasters we humans have managed to produce up to today. Barack Obama came up with a clear voice to the company BP, that they will be responsible for all financial consequences of this disastrous scenario. If this were to take place will not be shareholders in BP have enough capital to cover everything and will go bankrupt with very large debts.

How a man should behave and appear from time to time in various roles and situations, where attitudes, opinions and values say about something is right or wrong. Should BP's ethics and morality emerged after the explosion the day. That is how a man should be able to act ethically through actions.

Many ethical elements that you will find in most people. Sometimes Unfortunately, selfishness over how money plays a bigger role. Given the major impact scenario has led to already, this is a very scary topic. And that BP will not clean up after themselves and not spend money on something they have caused to yourself is very immoral. The time has come for long enough for changes to company law, and remove the konversielle laws. BP should have long since been responsible for the economic impact this has led to the Gulf of Mexico. Someone should at least do something with this soon as possible, before more accidents like this · Redial again ¨.

Dydsetikk defined as honesty. BP has every honest from day explosion hardly, they should soon put everything they have table and save the company name and pride. And not least help to clean the mess they caused to themselves.

Care Ethics is defined as an obligation to make efforts for the people around him, for correcting the wrongs they have done. So someone should think about the needs of the people along the coast of Mexico. As the fishing and tourist industry has been hit hard.

Immanuel Kant's starting point was that moral acts must be of such nature that they could serve as universal laws of society (the categorical imperative). To steal is not formed the basis for a general law, because if everyone was stolen, would become the property is meaningless concept and then could not steal. The categorical imperative definition also says that one should not treat themselves and their fellow human beings only as a means but also as an end in itself.

Should then all taken himself right with BP's moral actions to make a mess such as BP has done the world would probably not exist today.

Utilitarianism is in contrast to Kant's' ethics. Utilitarianism is concerned the results or consequences of our actions and not what is commentary. Utilitarianism thus determines whether an action or decision from the moral point of view is good or not, what consequences it has. It is important when we consider the consequences if they are bad or not, that one takes with what degree of happiness or misfortune it brings. And when we consider the sum of happiness or misfortune, one thinks of all sentient beings and considering all equally.

BP corporation is without doubt a great contrast to utilitarianism, immoral acts of greed and selfishness. No moral or useful to other people a themselves. A total of 11 human lives were lost and 37 damaged.

So perhaps the time is ripe for doing a good act, namely to clean after 87 days with large amounts of oil spills in the Gulf coast of Mexico.