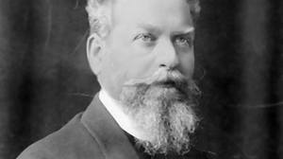 
soon as I should have. I am continuously concerned with it in my
thoughts.

you, and whether I may not ethically regard this guilt towards you and blame


towards myself as stemming from the best conscience, something I
have had to


accept, and still must accept, as my fate.


Clarifing the matter requires that I lay out a part of my life
history.


inadequate, and in an effort (beginning in the autumn of l9l2)
to improve them


problems they disclosed, I got involved in a new, quite
far-ranging


investigations. (These included the phenomenology of the person
and


personalities of a higher order, culture, the human environment
in general;


intersubjectivity, the “transcendental aesthetic” as the
phenomenology of the


world purely as the world of experience, time and individuation,
the


phenomenology of association as the theory of the constitutive
achievements of


“metaphysics,” etc.) These investigations stretched on all
through the workfilled


Freiburg years, and the manuscripts grew to an almost
unmanageable


extent. As the manuscripts grew so too did the ever greater the
apprehension


about whether, in my old age, I would be able to bring to
completion what had


been entrusted to me. This impassioned work led to repeated
setbacks and

repeated states of depression. In the end what I was left with was an allpervasive


basic mood of depression, a dangerous collapse of confidence
in


years he was constantly at my side as my close assistant. He
behaved entirely


as a student of my work and as a future collaborator, who, as
regards all the


essentials of method and problematic, would stand on the ground
of my


constitutive phenomenology. My ever-increasing impression of his
extraordinary


natural talent, of his absolute devotion to philosophy, of the
powerful energy


future importance for scientific phenomenology in my sense of
the term.


Munich tradition followed me in earnest; and because I had an
absolute inner


certitude that the phenomenological reduction and the
transcendental


constitutive structuring of philosophy would mean a “Copernican”
revolution


for philosophy; and because I felt


overwhelmed with the burden of responsibility for securing that,
it is


understandable how I placed the greatest hopes in Heidegger.
Yes, that was


the great, up-lifting hope: to open up to him -- presumably my
one true


student -- the unsuspected breadth of my investigations, and to
prepare him


for his own discoveries, that was a great, uplifting hope. Time
and again we


talked of working together, of his collaboration completing
my


investigations. We talked of how

he
would take charge
of my manuscripts when I


passed away, publishing the ones that were the fully developed,
and in general


of how he would carry on my philosophy as a framework for all
future work.


When he went to Marburg, I regarded his enormous success as a
teacher as


if it were my own success. His visits during [the academic]
vacations were


joyful events, highly prized opportunities to speak my mind with
him and to


inform him of my developments. Tto be sure, in the course of
these visits,


just as during the Freiburg years, he was rather vague or silent
regarding the


development of his own ideas. I, as usual, held firmly to my
extravagant idea


of his genius; inwardly I was virtually convinced that the
future of


phenomenological philosophy would be entrusted to him, and that
he not only


would become my heir but also would surpass me.

Being
and Time appeared in l927 I was surprised by
the


newfangled language and style of thinking. Initially, I trusted
his emphatic


declaration: It was the continuation of my own research. I got
the impression


of an exceptional, albeit unclarified, intellectual energy, and
I worked hard


and honestly to penetrate and appreciate it. Faced with theories
so


inaccessible to my way of thinking, I did not want to admit to
myself that he


would surrender both the method of my phenomenological research
and its


scientific character in general. Somehow or other the fault had
to lie with


me; it would lie with Heidegger only insofar as he was too quick
to jump into


problems of a higher level. He himself constantly denied that he
would


abandon my transcendental phenomenology, and he referred me to
his forthcoming


Volume Two. Given my low self-confidence at the time, I
preferred to doubt


myself, my capacity to follow and to appreciate another’s
movement of thought,


rather than to doubt him. That explains why I entrusted to him
the editing of


regret); and why I submitted to him (!) for his criticisms my
rough draft of


an article for the

Encyclopaedia
Britannica and together with him (!) tried to


reorganize it (which of course promptly miscarried). I might
mention that I


had been warned often enough: Heidegger’s phenomenology is
something totally


different from mine; rather than furthering the development of
my scientific


works, his university lectures as well as his book are, on the
contrary, open


or veiled attacks on my works, directed at discrediting them on
the most


essential points. When I used to relate such things to Heidegger
in a friendly


way, he would just laugh and say: Nonsense!


Thus, when it came down to choosing my successor, obsessed as I
was with

him
as the only one
who was up to the task, and so I had to


decide unconditionally in his favor. I appeased my inner
misgivings with the


instruction and influence. When he would come back to my side
[here in


Freiburg] -— especially when he would learn about the important
clarifications


and get beyond his raw brilliance, He himself readily agreed:
Our common


This blindness arose from a profound exigency -- from a sense
of


overwhelming scientific responsibility -- and God help me, it
was blindness,


caused basically by the fact that I felt so completely isolated,
like an

Führer) without followers, that is, without collaborators
in


As regards you, dear colleague, what has nwever changed are my
feelings


of friendship, my high esteem for your professional seriousness,
for the


exemplary solidity of your work. But one thing has changed: I
have lost the


faith of earlier years that you recognized the revolutionary
significance of


the phenomenological reduction and of the
transcendental-constitutive


phenomenology that arises from it, and that you and your
students would share


in the immense problematic of its meaning. -- As for the rest,
you should not


[only] in an honorary capacity, and the way things stood it
would possibly


have been in third place, and even that would have been


for your own sake I could not let this happen. Your sponsor
could not have

it
is true, mention of you


was made by me; but admittedly you were not considered more
closely in further


discussions. There was not much discussion among the faculty,
since from the


beginning the mood was only for Heidegger and Cassirer. Only
Cassirer


presented any occasion for questions (possibly N. Hartmann,
too?), which I had


However, I still have to tell you how things turned out later
between


Heidegger and me. After he took over the chair, our exchanges
lasted about


two months. Then, with complete amicability, it was over. He
removed himself


from every possibility of professional discussion, even in the
simplest form.


Clearly such discussion was an unnecessary, unwanted, uneasy
matter for him.


I see him once every couple of months, even less frequently than
my my


The success of the Paris lectures, along with


in my powers. In looking back over the situation of my works
since l913 I


realized that all the major lines have sketched out now, more
that I ever


would have ventured to hope. [This is] enough for the writing of
a concluding


work whose plan has burdened me for a decade. Immediately after
the printing


of my last book, in order to come to a clear-headed and
definitive position on


Being
and Time,
as


well as his more recent writings. I arrived at the distressing
conclusion that


philosophically I have nothing to do with this Heideggerian
profundity, with


this brilliant unscientific genius; that Heidegger’s criticism,
both open and


veiled, is based upon a gross misunderstanding; that he may be
involved in


considered it my life's work to make forever impossible.
Everyone except me


has realized this for a long time. I have not withheld my
conclusion from


I pass no judgment on his personality -- it has become
incomprehensible


to me. For almost a decade he was my closest frien; nNaturally
this is all


over: Inability to understand each other precludes
friendship.


ordeals of my life. Also in its consequences, among which
belongs your


changed relationship to me, owing to the insult I must have
inflicted on you.


so much because of illness. I reiterate my own and my wife’s
deeply felt best


wishes. Also for the completion of your work. My relation


to
you is
clear.


Nothing will change my feelings of friendship and my high esteem
for you.


I urge you to please treat this letter with discretion. How I
may stand


to
Heidegger I have plainly expressed at every opportunity.


There is now gossip enough, and my personal disappointment with
Heidegger etc.

is nobody else's business.